Many cryptocurrency experts perceive NEO as one of the cryptos with the highest potential in the future. It is based in China, but instead of hiding from authorities, NEO has chosen a completely open strategy. The technology aims to work together with authorities, businesses, and organisations, with the overall goal to become the technology behind the economy of the future.

NEO is the name of a cryptocurrency, as well as blockchain technology. It can be compared to Ethereum, as both of them allow external developers to build applications (smart contracts) on the technology. This means that NEO, similarly to Ethereum, can be perceived as a kind of world’s computer. NEO’s objective is to be able to handle the economy of the future, the so-called digitized “smart economy”, which is based on the combination of digital ownership, digital identity, and smart contracts. NEO can handle all three and is well on its way towards realising the dream of a smart economy. Some parts of the company cooperate closely with the Chinese government, which could mean an enormous, sudden breakthrough for NEO if the technology actually becomes a part of China’s digital infrastructure.

How to invest in NEO

If you wish to invest in NEO in a quick and uncomplicated manner, you can turn to a number of approved and regulated trading platforms in Europe. The process usually involves registration as a user on a platform, and once your identification is sent, you can start trading. You can speculate on the price of NEO without direct access to the digital coins. Which means that you cannot pay others with it. However, as a speculator, this is a technicality that does not affect your returns in any way.

In case you dream of paying with NEO for products and services (by the way, NEO itself is not payment method, but more on this later), and therefore wish to invest in NEO and have access to the digital NEO-”coins” at the same time, the case becomes more complicated. First, you should be prepared for trading with unregulated brokers that are NOT approved by the European financial regulation. Second, you can have problems when transferring your profits back to your country. And finally, you are unprotected in case of a hacker attack, and hacks have become a part of the crypto trade environment.

If you decide on this investment method anyway, you should first open a wallet on, for example, Coinbase, or any other platform that accepts fiat currency. Then you can transfer your money from your bank to Coinbase, and exchange it for one of the offered cryptocurrencies (Bitcoin, Bitcoin Cash, Ethereum, or Litecoin). Next step is to open a wallet where you can trade in NEO, for example, Binance. You can then transfer Litecoin, Bitcoin, or Ethereum from Coinbase to Binance. Once done, you can use them to speculate in NEO.

In principle, NEO can be implemented in all trade driving businesses across the world. The platform targets a new economy that makes it possible to digitize and verify ownership and values, as well as conduct secure and validated transactions directly between suppliers and customers.

The older cryptocurrencies, for example, bitcoin, were created as payment systems. They were intended to compete with traditional banks and national economies, and in this way give “the economy back to the people”. The new cryptocurrencies, for example, NEO and Ethereum, are much more than simply a solution for payments. NEO is both a cryptocurrency and an open source blockchain technology, on which applications (smart contracts) can be built. In NEO’s case, the technology focuses in particular on combining blockchain technology with a regulated and government approved economy.

Such focus flies in the face of the original dream of cryptocurrencies to become the “people’s economy”. On the other hand, it makes NEO a particularly attractive solution for established businesses, organisations, and authorities solely for the reason that these institutions do NOT want to use unregulated, anonymised, and opaque technology.

NEO uses a conventional verification method for a digital identity of users, who are actually approved by authorities globally (the method is known as Public Key Infrastructure X.509 Standard). This means that NEO is building its solution on a solid foundation of trust in an economy that is, by default, decentralised.

Although it is often likened to Ethereum, NEO uses another protocol compared to its Western “competitor”. Ethereum uses PoW (Proof of Work), while NEO is based on dBFT (Delegated Byzantine Fault Tolerance), which makes NEO not nearly as decentralised as Ethereum. However, NEO’s transaction speed is much higher than Ethereum’s. Moreover, NEO is actually scalable and can be used in a global economy, while Ethereum hasn’t reached that stage yet.

Forking is another difference. NEO cannot be exposed to a so-called fork, a process used when the software behind the technology needs to be updated. While a fork is not generally an issue, it can become one if it causes disagreements between miners and programmers that develop a given crypto. If the disagreement becomes deep enough, a cryptocurrency can end up splitting into two, which happened with Bitcoin and Bitcoin Cash, as well as Ethereum and Ethereum Classic.

NEO has been constructed in another way so that a fork is simply not possible. Instead, a 66% consensus in the system should always be obtained. This reflects an enormous advantage for authorities, businesses, and organisations, due to the fact that structuring the system in this way makes it stable. There’s also no risk of NEO suddenly becoming two, three, or four new technologies.

NEO’s currency is called NEO, but the system also operates in another currency called GAS. The NEO coin can actually be understood as a kind of stock in the NEO company that, in principle, gives the owner the right to vote on accounting, changes in the network, etc. GAS mainly functions as an everyday currency for technology. 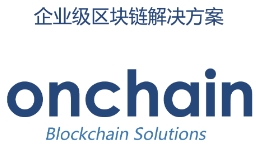 NEO was established in 2014 by Da HongFei and Erik Zhang from China, who are also behind OnChain. Onchain develops a decentralised network architecture and works closely together with Chinese authorities and businesses. When a Chinese business uses OnChain’s technological architecture, they become connected to NEO and the decentralised, smart economy, which makes OnChain and NEO much stronger together. Both of them enjoy a good relationship with the Chinese authorities. NEO also cooperates closely with the so-called City of Zion (CoZ), an independent network of developers, translators, and designers, that work around the clock on making NEO better.

What’s in store for NEO?

If the company is able to break through, the advanced technology targeting future smart economy will make NEO extremely strong and attractive. From the beginning, NEO has chosen to work with authorities, which made it one of the cryptocurrencies that live up to the international standards of user identity. Thus, NEO is far from cryptocurrencies’ original dream of standing outside government’s limelight. But on the other hand, NEO enjoys many cooperation opportunities with governments, businesses, and organisations. Technologically speaking, NEO has a number of advantages over its competitors, such as Ethereum, as there are standards for identity, transaction speed, and stability. NEO also offers a significant benefit over Ethereum when it comes to the enormous Chinese market, as Chinese authorities prefer to work with Chinese companies. NEO is ready with a solution for the smart economy of the future, and if China actually embraces it, NEO’s cryptocurrency value would get a huge boost.