Buying Ripple (XRP) – why and how?

The idea behind Ripple was born back in 2012, and today it is one of the leading cryptocurrencies on the market. But it is much more than a simple currency. Ripple protocol is a fully functional technological infrastructure that will make it much easier to transfer funds between countries and across the whole world. In 2017/2018 the firm collaborated with over 90 banks all over the globe, including the Bank of England, in order to create an even faster and more robust system to transfer funds. Which may be the reason why the investment and purchase of Ripple have become particularly popular lately. 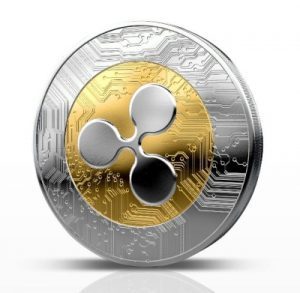 If you make a bank transfer today, using SWIFT, for example, it can typically take a few days before you actually receive the money. This is due to the fact that the money has to go through a number of different agencies and needs to be approved by different banks before it’s fully transferred.

Ripple cuts this process down to a few seconds, thanks to their advanced blockchain technology. The idea is that the digital currency, Ripple, would serve as a kind of “bridge” between different countries and continents so that a transfer of Mexican pesos to for example Danish kroner with Ripple as the link. The Ripple protocol itself can be used to transfer other currencies without the internal Ripple currency as a link. And this technological solution can prove very attractive to banks in the future.

The team behind Ripple believes that the need for quick transactions between continents has been drastically rising in recent years. A few years ago major transfers of funds were typically done between global companies, where the waiting period of several days was not an issue. However, the emergence of new companies like Uber and Airbnb has caused increased demand in small payments. Suddenly, millions of ordinary people are in need to make small cross-border transfers, and this demand is only expected to grow. This is precisely the area where Ripple can become essential.

Today, quick transactions can be carried out using, for example, VISA or Paypal, but in contrast to these systems, the Ripple code is open for all – anybody is free to build their services on the technology.

Ripple can be then defined as follows:

How to buy Ripple (XRP)?
Ripple’s underlying cryptocurrency is called XRP. It can be traded on a long list of platforms around the world. There is also a number of platforms that fall under European financial regulation, for example, eToro.

You can trade Ripple in two ways:

Or: You can open a crypto-wallet and acquire Ripple. This way is, unfortunately, a bit more complicated and often you first need to acquire Bitcoin before trading Ripple.

The easy way: how to buy Ripple via a contract
If you don’t want or need to use Ripple but only wish to speculate on the price, we recommend you to buy a contract that automatically follows the price changes. There are several advantages related to trading in this way. You don’t have to open a wallet, and you don’t have to worry yourself with for example exchanging the money. Additionally, you would be trading on a platform that is subject to EU-based financial regulation, which gives you certain rights. If the exchange you trade on goes bankrupt, you have a secured deposit up to a certain amount. In most European countries it is 20.000 EUR.

Another issue is the fact that unregulated exchanges are much more exposed to being hacked, and therefore you risk losing all your money. It happened in 2014 for example, when the world’s largest exchange at the time, Mt. Gox, got hacked and 460 million dollars were lost. Since then many other exchanges have been hacked, most recently South Korean Bithumb (although the loss was “only” 31 million dollars).

How much does it cost to speculate on Ripple with a contract?
When you trade via a contract there is a rule only one cost. It’s called the spread and can be compared to a fee.

On the left side, you can see the name of whatever you are trading. In this case Ripple (XRP). On the right side, you can see sell and buy prices respectively. The picture was taken when the price was 2.6668 dollars. You could buy Ripple at 2,7475 USD, and sell it at 2,6596 USD. The difference between the two is called the spread, and in this case, it equals 0.0879 USD.

These are the costs related to trading.

Ripple has been created by Arthur Britto, David Schwartz and Ryan Fugger in 2012. The company has since received numerous distinctions, including “Fortune. 5 Hottest Companies in Fintech”, ”American Banker. 20 Fintech Companies to Watch” and “Fast Company. The World’s Top 10 Most Innovative Companies”.

Historically, Ripple is among the cryptocurrencies that have risen the most – and many think that this is just the beginning. In 2017 the currency rose by 36000% – the steepest rise of all competitors especially compared to Bitcoin’s “modest” climb of 1318%. If you had invested just under 1000 dollars at the turn of 2016/2017, in 2018 you would have 10 X’ed your money. That’s a pretty decent return on capital.

As reflected by the firm’s Q1 report, 2018 has also been good to Ripple. While many currencies struggled with maintaining their share of the market capitalisation, Ripple’s has doubled from 3,56% to 7,57% between November and March. Additionally, the number of XRP collaborators is steadily growing. Abra (a digital wallet app), Uphold (a digital exchange platform), and 16 more venues joined recently, bringing the total number of exchanges listing XRP up to 60.

Internet of Value
The idea of Ripple, as described in this article, is the ability to transfer funds as quickly and as simply as an email. According to McKinsey, the current yearly volume of cross-border payments exceeds 155 trillion dollars. And the infrastructure around the money transfer is almost the same as before the Internet was created. The development team behind Ripple aims to create an “Internet of Value” by connecting all the different money institutions with a digital motorway, where money transfers can take place as quickly and as smoothly as possible. They dubbed it RippleNet. RippleNet covers banks with xCurrent, payment providers with xRapid, and businesses with xVia.

xCurrent has been well received by many banks. Initially in particular by Asian banks, but lately also Bank of America, American Express, and Bank of England saw the opportunity in using the technology behind Ripple to become more effective when it comes to money transfers. Santander’s new OnePay FX, based on Ripple’s blockchain solution, is launching soon. xRapid has also announced collaborations with some big names: Western Union, Cambridge Global Payments, IDT, MoneyGram, and Mercury FX. The latter has been praising xRapid for driving down the costs of cryptocurrency exchanges and saving millions in intermediary fees. xVia is not far behind, sporting new additions including FairFX, RationalFX and Exchange4Free, all based in the UK, as well as Malaysian MoneyMatch, and UniPay from Georgia.

All these new partnerships are a testament to a quick evolution of Ripple and its products. It seems that the company aims to become the king of small liquidity and transaction costs, and it looks like Ripple is well on the way to achieve it.

Before you get too happy…
While some judgements are more ideological, stating that Ripple is not even a cryptocurrency, as it is not created by mining, other disadvantages may give some investors pause. In 2016 the company met with serious criticism when media began to focus on the fact that a big chunk of Ripple belongs to the firm itself, in fact, Ripple holds over 60% of all XRPs. In the worst case scenario, the company could sell, thus dumping the price of Ripple from one second to the next. The case found a temporary conclusion in May 2017, when the company voluntarily agreed to freeze Ripple’s equivalent at the time to 14 billion dollars. Currently, Ripple holds 55 billion XRP in escrow, which can be sold a billion per month. Some people involved in the scene also believe Ripple to be misleading, or even outright fraudulent. This is due to the belief that while the company may boast new collaborations, the banks will actually use the software, but not XRP. Recent developments also suggest that Ripple could be designated as a security, due to its centralised nature (and very high-profile). This, in turn, may cause regulatory hurdles, and listing XRP on exchanges may prove difficult, as some exchanges don’t allow or have delisted tokens that could be considered securities.