Basic Income, as explained in our previous UBI article, has significant potential to decrease inequality. However, there are several issues: it is expensive, and it is difficult to do a pilot project due to bureaucracy, which only exacerbates the problem of lack of definitive results. Thankfully, several projects across the world have started to leverage Blockchain technology to try and make basic income a reality.

In this article we will present a number of these Blockchain models. While most of the projects presented here are (very) early stage, each has an interesting model of blockchain-based basic income system.

Greshm – Basic Income Stablecoin
Greshm is a basic income project that provides a stablecoin Greshm (XGD) (what are stablecoins?) that is backed by USD 1:1 (you can read about asset-backed and other types of stablecoins here).

The project is also prepared to nudge people to use the tokens instead of ‘hodling’ them. In order to disincentivize holding coins, there is a rule that users must wait 30 days (maturity period may be subject to change) before withdrawing dollars from their Greshm account – it takes 30 days for XGD to mature into USD. Once a Greshm coin is spent, its 30-day maturity clock resets. Therefore, the more coins are spent, the less USD reserves will be used. Users will receive Greshm’s coins continuously, so you can actually stare at your balance and watch it grow in real time.

The project, just as most of the others that will be mentioned here, is in its early stages. Some information may change (for example, the 30-day term is not fixed. They plan to gradually increase it over time). Other details are still being worked out. For now, legal support and funding are needed to officially form the organisation. But despite the fact that they are at the start of their journey, they already have a merchant partner.

If you’re looking for excellent content on Basic Income, I strongly recommend you to check our Greshm’s blog posts, Alex Howlett writes great articles related to the topic of Basic Income, its current issues, and potential solutions.

Circles – Personal Currencies
Circles aims to be blockchain’s native UBI money system, complementary to contemporary fiat. The system has built-in resistance to Sybil attacks. And although it is meant to grow in a grassroots fashion, it allows for a governance system to be built on top of it. In order to discourage holding the coins, Circles has an inbuilt inflation of 5% per year.

Circles has an interesting system of trust. Users tell the system whether they trust a given personal currency (i.e. they consider it as “real money”). So it us up to individual users to decide which Personal Currencies they trust and consider on par with their own. You can then trade your trusted currency to another trusted currency with a 1:1 exchange rate. Requiring a proof of trust from another user also constitutes the system’s native Sybil resistance. This also means that if you’re a new user, you might need to reach out to your friends and family in order to form first connections. When you want to send money in Circles, the system looks for a chain of trust between you and the recipient.

Value Instrument – Meta-tool for creating your own currency

This project offers communities and networks a user interface and smart contract package (Alpha version has been released), where you can design and deploy your own complementary cryptocurrency. It is down to the community to choose the rules (for example, the basic income structure) and deploy their own currency.

Value Instrument is driven by four principles for monetary design, more precisely what they call “value accounting”: The tokens have a lifetime value, and if you don’t spend them before the “life” runs out, the tokens are burned. When you transfer tokens, their lifetime value is renewed. There is a small transaction fee in order to discourage transferring purely to renew the lifetime.

You can see how Value Instrument works below.

GoodDollar – New player on the UBI scene
This non-profit project is one of the latest to join the crypto-UBI family. Currently, the Good Dollar experiment is doing research and working out how will they achieve their goals.

Besides offering a global cryptocurrency based on UBI values, they also plan to host hackathons, conferences, as well as fund further research on the topic. And right off the bat its future may already look more optimistic than others considering that they are sponsored by eToro, one of the world’s biggest investment platforms.

The DAO-based Swift protocol implements basic income by daily distribution of their native digital currency – Swifts. Swifts are not backed by anything, and their value is derived from people’s willingness to use them.

Users receive 100 Swifts daily. The amount will gradually decrease once the cap of 100 billion Swifts is reached. Currently, you can get an extra Swifts for a referral or confirming transactions, but soon the automatic payments will be the only source of Swifts. You need to claim your Swifts at least once a week (there can be max. 700 unclaimed Swifts on your account). This incentivises the users to stay active and regularly use the currency. You can either transfer Swifts (each transaction has a 3% fee as well as a 2 swift fee) or spend them in Swiftdemand’s store. 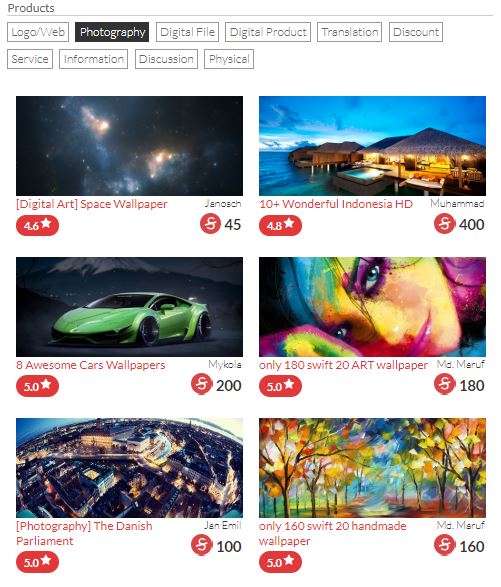 Swiftdemand has implemented a new consensus protocol, called the delegated Proof of Identity (DPOI). It is similar to DPOS (delegated Proof of Stake), but while in DPOS the influence is proportional to the amount of tokens held, in DPOI every user has the same rights regardless of their stake.
The project is currently building their own blockchain in order for Swift to become a fully-fledged cryptocurrency so that users will be able to withdraw swifts or move them to external wallets (which is not possible right now).

Created in 2015 by the People’s Currency Foundation, Mannabase (previously known as Grantcoin) must be one of the earliest crypto-UBI projects.

The currency is blockchain-based, publicly traded, and backed not only by investors, but also by (tax-deductible) donations. They have also optimized donating with smart contracts, as targeted direct giving opportunities are readily available. Mannabase can also be used as a social platform to grow your socially conscious network. Interestingly, Manna can also be transacted on Twitter.

UBI is received on a weekly basis on their platform, and the distribution is fully automatic. The amount received is getting lower as the user base grows. This is due to the fact that the total amount to be distributed is divided among all the users.

One of my favourite things about Mannabase is their effective altruism system of Targeted Direct Giving. A lot of people who would normally receive the unconditional payment under a UBI scheme may not actually need it (middle and upper class citizens). Therefore, Manna users who do not have to rely on a basic income may choose to build a “giving portfolio” that automatically sends a percentage of their income to a cause of their choice. For example to a given region, a basket of their favourite charities, or other UBI recipients. Once a user chooses the portion of their income to be sent to a given recipient, the transactions are then made automatically.

The project has also launched a Children’s Saving Program, where parents or guardians can create accounts for children (must be confirmed by government issued ID or a birth certificate). The account can’t send money, but it can receive funds. Therefore, at 18, the account becomes unlocked and the owner has a basic capital to start his or her adult life.

Mannabase, by connecting consumers, businesses, and NGOs, aims to become a “clearinghouse of information” for conscious consumers and businesses. The team is also working on making the platform as user-friendly as possible, even (or especially) for people new to the cryptocurrency scene.

As can be seen, there are several possible models of a crypto UBI system. However, at this point in time, majority of them are at early, or very early stage. Nevertheless, it is important that these project exist – we need to find the best solution, and the way to do that is to try different models and systems and see what works best.